In the city of lights, Paris, the art capital of the world, how can one man stand above the rest?

Ever since young Sebastian heard of his grandfather’s chance meeting with the great Victor Hugo in 1877, he had been interested in literature, paintings, and poetry. Wandering around various libraries and museums at an early age only stirred that curiosity into an immense passion within him, a deep love and desire for art.
After realizing his dream of opening a gallery in the Le Marais district of Paris, Sebastian faces one hurdle after another. Bad luck, Betrayal, revenge, and fierce competition carry him to the verge of total collapse and failure, but through it all, one question remained: How much of his life would Sebastian sacrifice for art, his first true love? 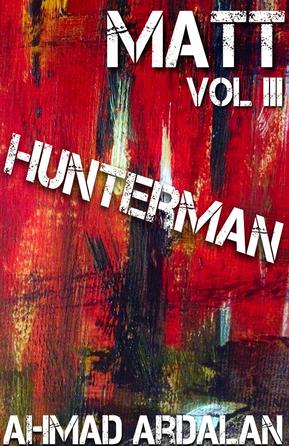 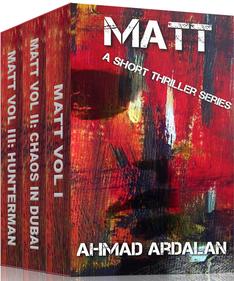 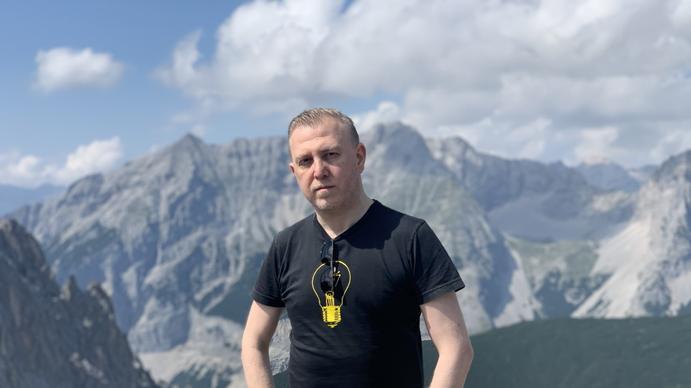 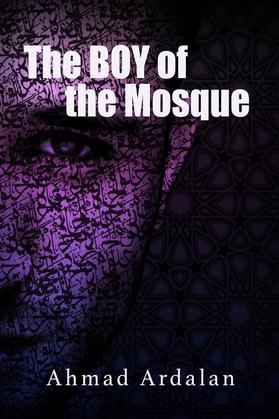 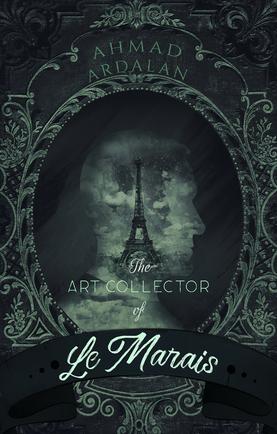 Who is Ahmad Ardalan ? 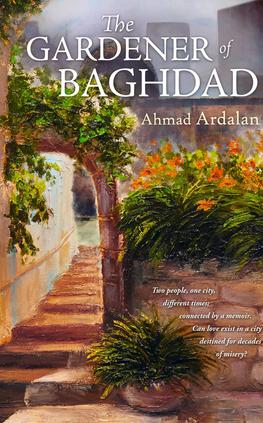 In the Year 1258, Baghdad, the capital of the great Abbasid Caliphate, fell to the Moguls. Within hours, the city of enlightenment was swallowed up by darkness, another society becoming a victim of hatred and greed. The mighty Tigris flowed with blue and red, the blood of its people and the ink from the age-old scrolls of knowledge, all heartlessly washed away.

In spite of the turmoil and chaos, twelve families managed to flee. Far away they wandered, leaving behind their beautiful homeland that had been reduced to death and rubble. Together, that remnanat from Baghdad established a new community, one that lived in peace and harmony for centuries.

Centuries later, in 2017, mercenaries and militias took over that charming village, threatening to destroy the happy existence the people had worked so hard to rebuild. What will be the fate of those innocent people and their heritage? That hangs in the balance as all must rely on one man, The Boy of the Mosque...

WHAT IS THE  AUTHOR'S PURPOSE?

"Wars, an embargo, and forbidden love in this once peaceful city..."

With the drums of war just weeks away, Omar invites all those closest to his heart for lunch at his lavish villa overlooking the Tigris River of Baghdad. He can't help but smile at the faces that have graced his eventful life that spans from an interesting childhood, the two Gulf Wars, and the inhumane embargo that crippled the nation. Loved ones come together, probably for the last time, in the city their ancestors called Baghdad or Baghdadu, "God’s Gift."
Memories upon memories linger in Omar's head. He has survived times of struggle, holding on to hope and love along the way. As he reflects on his journey, as a man destined to live a hard life in tumultuous times, he ponders a clouded future, on the brink of unknown change. 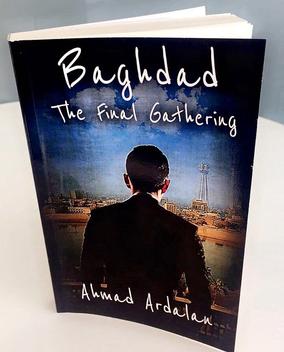 "They tried hard to stop me. But, even I can't stop myself"

In the bustling city of Dubai, the new theater for his manic actions, Matt faces his worst enemy: a deep inner struggle for identity. Part of him craves the recognition a media frenzy and a new infamous nickname grant him, for he feels his murders are works of art that demand attention, but a love interest reawakens another part of him, reigniting an innocence he once carried within. Can love overcome hate in a city that prides itself on being a luxurious safe haven? As the end nears, which version of Matt will he be?

The dark trilogy reaches its ultimatum, as Manic Matt approaches The Feds to takedown Hunterman.
Would they work with a serial killer for a better cause? Could The Feds trust a man, half the world is chasing? A psychopath of many faces?

​" Two people, one city, different times; connected by a memoir. Can love exist in a city destined for decades of misery?"

Adnan leads a weary existence as a bookshop owner in modern-day, war-torn Baghdad, where bombings, corruption and assault are everyday occurrences and the struggle to survive has suffocated the joy out of life for most. But when he begins to clean out his bookshop of forty years to leave his city in search of somewhere safer, he comes across the story of Ali, the Gardener of Baghdad, Adnan rediscovers through a memoir handwritten by the gardener decades ago that beauty, love and hope can still exist, even in the darkest corners of the world. 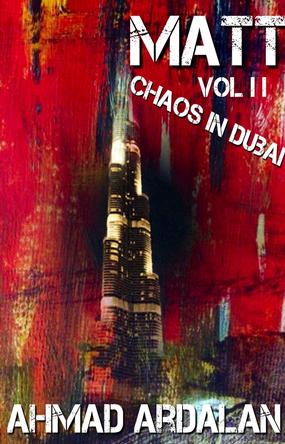 "They murdered my wife two years ago...
Tonight, you die.
I am Matt, your nightmare!"

On a quiet night like any other, Matt, a successful entrepreneur, returns home to his gorgeous villa, only to find his wife brutally murdered. A soft verdict against the culprits, a gang of violent teenagers, spins Matt's relatively calm and collected demeanor into something far more sinister. In a manic rage, he seeks vengeance for what has been stolen from him, and he lashes out against the weak system. Sleepless, lonely, tormented nights torture him, filling his head and his heart with frustration, hate, and anger, unleashing an entirely different side of the man--a monster even he did not know existed within him. From Berlin to Rome to Paris, the great cities of the world suffer in the wake of his wrath, as brutal, barbaric killings seem to be the only temporary antidote for his fuming, blood-boiling rage. His victims, so easily deprived of life, seem to be the only cure, the only way to soothe his yearning for revenge, or are they?

The Art Collector of Le Marais 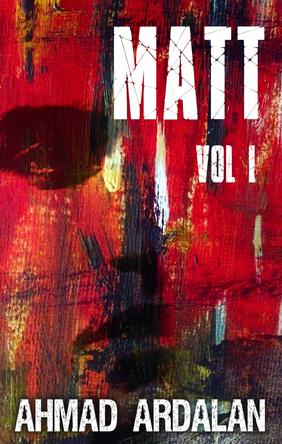 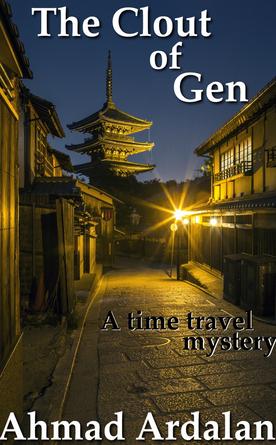 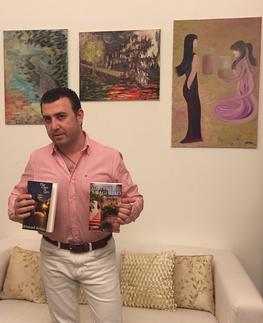 "What if major events in modern history were planned decades ago? What secrets lie within the walls of an ancient temple in Kyoto?"

Suicidal Newspaper reporter John Teddy's miserable life is turned upside down when he uncovers a voice from the past--a voice that suspiciously knows far too much about the would-be future. John's natural curiosity to understand the hidden message takes him to places he never imagined seeing, and ongoing conspiracies he never thought existed. The more John gets involved, the more he is led towards mysteries that are beyond his understanding. The circle of people involved grows bigger stretching from west to east; each step forward is like a step backward.

That's a question many ask... What's The Author's purpose is :

My business and style of life have taken me around and the globe. I have been lucky to meet people from different cultures and backgrounds. Their initial reaction to where I was from inspired me to write. Whenever I said Baghdad, all they thought about was Wars, blood-shedding. I had to change that....

Ahmad Ardalan is an ongoing cancer fighter. He was born in Baghdad in 1979. At the age of two, he moved with his parents to Vienna, Austria, where he spent most of his childhood and underwent his primary studies. After his father's diplomatic mission finished at the end of 1989, he returned to Iraq, where he continued his studies and graduated from the University of Dentistry. As a result of the unstable political, military, social, and economic conditions in his home country, Ahmad decided to leave Iraq and move to the UAE. After facing difficulties to pursue his career in dentistry, he opted to pursue employment in the business world. Since then, Ardalan has held several senior roles within the pharmaceutical and FMCG industries, throughout much of the Middle East. His early childhood in a mixed cultural environment, as well as his world travels, increased his passion for learning about cultures of the world and inspired him to pen The Clout of Gen, his first novel. After eleven years of being away, Ahmad returned to Baghdad in January 2013 on a visit that was full of mixed emotions. Inspired by his trip to Iraq, he wrote his second novel, The Gardener of Baghdad. He did not stop there, as "Matt" his latest Short Story Thriller Series became available 2015. The Gardener of Baghdad, opened readers’ eyes to a different picture of the city they had heard of. With hope and love as his message, Ardalan released Baghdad: The Final Gathering, and followed it by The Boy of the Mosque. A recent trip to Paris, strolling around the beautiful galleries of Le Marais inspired him to write his latest novel The Art Collector of Le Marais​